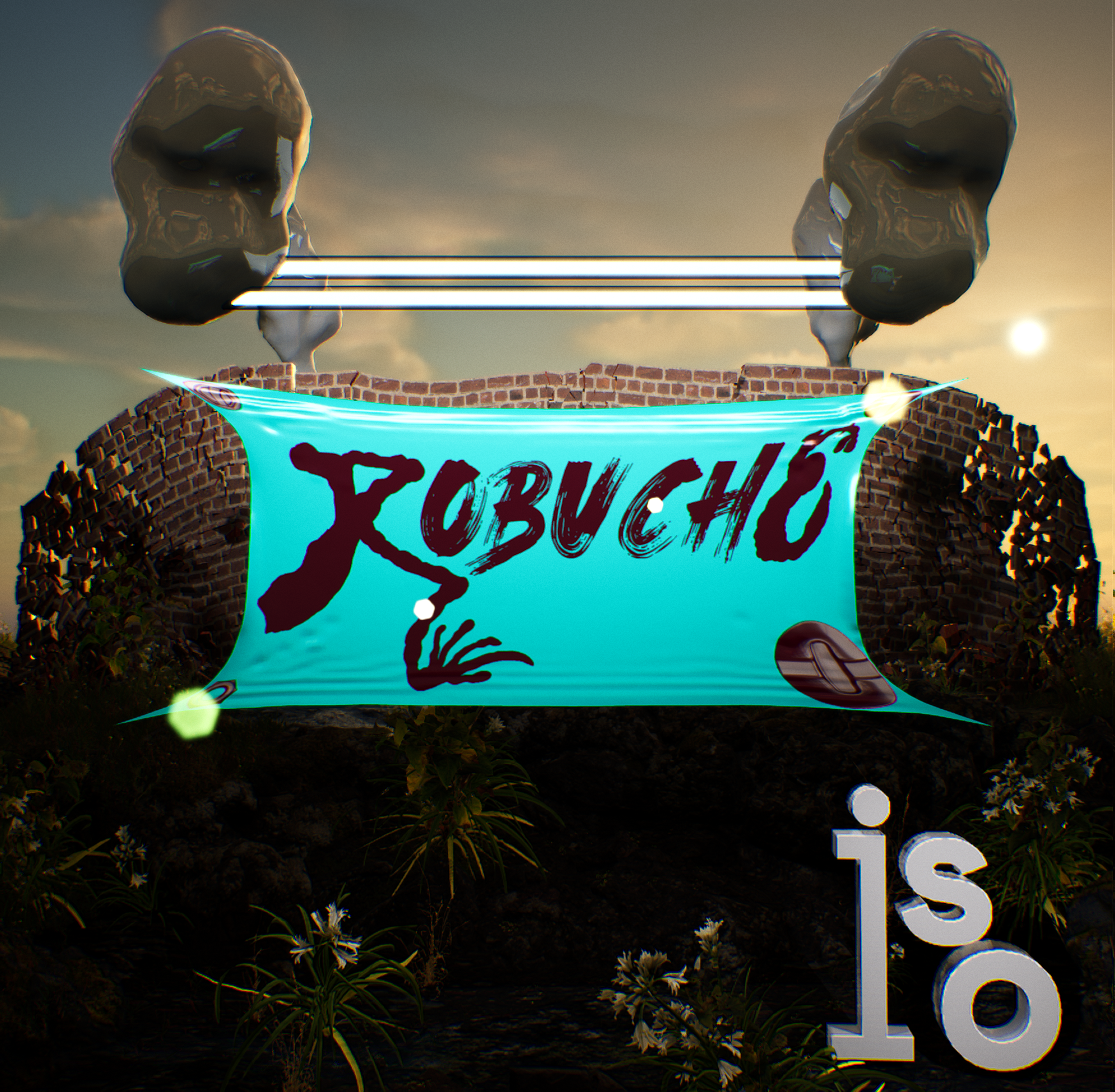 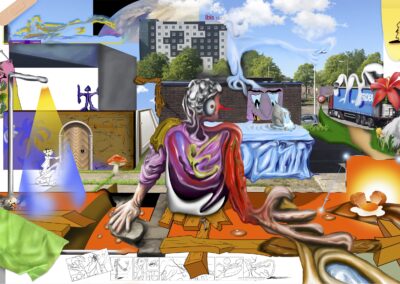 iso amsterdam is proposing a new outdoor platform for artists in times of pandemic. Each billboard will remain for three months on the northern facade of iso amsterdam.

For the third edition, after Kévin Bray and Farida Sedoc, we are happy to give carte blanche to Robuche with “The Space in Between”

Lou Buche and Javier Rodriguez (1991), also known as ROBUCHE, are both graphic designers and artists. They met in 2017 during their Master studies at the Gerrit Rietveld Academie of Amsterdam and quickly became ROBUCHE, a character born from the fusion of these two forces. Collaboration is at the core of their practice, becoming an entity trying to erase the individuality of the artist. Robuche’s work can be is recognisable by his wit, playfulness and boyish honesty. Simple ideas are embraced by an energetic visualisation and are executed as large paintings and posters, typefaces, video installations or performances. Robuche is a quick thinker and gives form to his ideas in unconventional ways. He wants to create a strong confrontation by manipulating the digital while using the analog, and vice versa. Joy plays a very big role in his creative process, and thus is very much connected to empirical, sensitive experiences, which are embodied in multiple layers, creating his own symbology, endless fictional landscapes and characters.